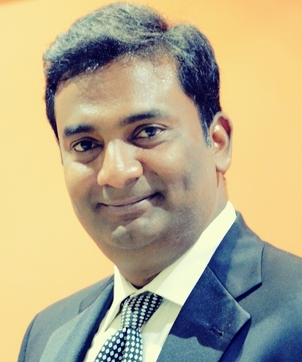 A serial Entrepreneur with 16 years of experience in the field of IT services ,IT systems development,management,E commerce and leadership.Harvard Business School Alumni.Grown up in Hyderabad, India. Later moved to Australia and then to United States of America and have been working extensively with US companies since then. I founded my first business in Telecom & E commerce at the age of 23. My second business venture Infovision at the age of 27 i.e towards end of 2005 and in 4 short years the company has achieved 1500% Growth Inc magazine recognized Infovision as 16th fastest growing company in IT Services category across USA.I managed to expand the companies operations beyond US borders to countries like Canada, UK and India. Infovision has partnered with Microsoft, Sun Microsystems, Oracle, Salesforce.com and Zoho.com to be able to provide best technology and solutions to Infovision clients. I have immense expertise in the IT sector having worked closely with large companies in India, Australia and the US. My primary focus through this venture has been complete customer and employee satisfaction. I ensure that every individual at Infovision is committed to providing cutting-edge IT solution, zero-defect deliverables and best value for money. My endeavor is to provide value at every stage. I do not compromise on talent and has always emphasized on hiring and training the best people. I strongly believe in “investing in people”. I would not come this far with out my team.Right now I am focusing on developing solutions to resolve existing bottlenecks by looking at opportunities in India. I believe that the great companies are born in deep depression. I also believe this is the right time that one need to make right innovations and create new services. Since Feb 2012 I started working on building a high performance team to produce disruptive Solutions for E Merchants in India through the company, which I founded, called I Pay.