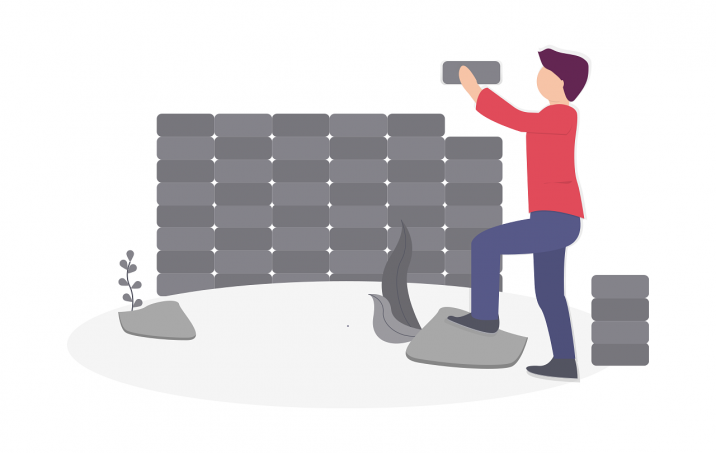 I really feel any business Idea which comes in mind has to be realistic and should solve any one day to day challenge.Either by reducing the time to the task or reducing the cost for task or both together with comfirt.

any such idea which is end user based will always win the game and go into success path.

Few years back when I was told by one of my friend who lives in india about this website where he booked his ticket.
I was really wondering how they make money and that too in a country like india it is very difficult to keep all bus operators in loop. But these guys did it. Today when i found this article on one of the website I thought of sharing .

It really makes a great company by the founders.

Silicon Valley and India have a cozy relationship, but a big question has resulted in friction, failed companies and millions in losses: When will the Internet catch on in India in a big way?

A few companies have done well and a few more are coming up, slowly but surely. But there are hardly any true breakout hits.

is pretty close. It’s essentially an Expedia for bus tickets in India. It sells about 3,500 bus seats per day, is the fourth most-trafficked Web site in India and has at least tripled its revenues year-over-year. The company sells seats for roughly half the bus operators in India, and that’s saying something: This is an insanely fragmented market that had next to zero centralization just a few years ago.  All of this has been built in three years on about $1 million in venture funding. (The company raised another $1.3 million in 2008, but it’s still in the bank. Investors include Helion

I can vouch for the company being cheap. Having spent my morning in the plush eight-acre Infosys headquarters, the offices of RedBus were a marked contrast. They are split among two buildings located in one of those very chaotic Indian neighborhoods where vendors are shouting, cows are wandering and smell of open sewers is not too far off. It feels far from the sanitized, steel-and-glass rows of multinationals.

None of this is intended as an insult– co-founder and CEO Phanindra Sama is proud of his cheapness. (Sama is pictured above, sorry it’s so blurry. My camera was having issues.) We met in a no-frills, un-airconditioned conference room. He didn’t turn on the air conditioning for famed Silicon Valley Indian entrepreneur Kanwal Rekhi

, when he visited last month either—and Rekhi is an investor in RedBus.

Despite the sweat trickling down my forehead, arms, legs and back throughout the interview, I didn’t want to leave. What Sama and his two founders have pulled off in a short period of time with little funding in India is impressive.

Background for Americans: There are two kinds of buses in India—those that make stops and have ticket-takers on board and that go to one destination only and sell pre-paid tickets only. There are some 3,000 operators of the latter category and, before RedBus, there was no way to contact them directly. To get a bus ticket, you went to an agent. That agent only had inventory from a few bus lines. To book the ticket, he or she would call one person who was in charge of booking every seat on that particular route. There was a long wait time, and frequently the routes the agents knew about were sold out – meaning you had to change your travel plans, or find another agent who had different sources. Meanwhile there was no standardization on pricing and commissions. The agent simply wrote the cost on a piece of paper and if you wanted to ride, you paid it.

Now, RedBus has a central database that gets seats from half of India’s bus operators. It has done so well that it powers the bus ticket applications for most of India’s more general travel sites like MakeMyTrip.com. It also sells an OpenTable-like software-as-a-service product to help bus companies manage their own inventory and better integrate their inventory with RedBus. In terms of seats, it sells less than 1% of the 750,000 rides taken daily, but with several channels and few other easy options, there’s a ton of room to grow a big company.

Sama didn’t set out to build a company. I know that’s a cliché with startups these days, but it’s a rarity in Bangalore where the glamor of being a Web entrepreneur runs high and plenty of TechCrunch-reading kids save up money, quit for a year, try to start a company, and go back to a multinational if it doesn’t hit quickly. When RedBus’s mentor first suggested the company raise $1 million, Sama gasped. He hadn’t even thought in those amounts. His only immediate thought was: “If I had $1 million, I’d put it in the bank and make interest.”

That mentor was Sanjay Anandaram

formerly of Neta, Wipro and other ventures known between the Silicon Valley and Indian entrepreneur communities. Sama met Anandaram throughTIE’s

JumpStartUp program. Despite the reach, influence and press of TIE—the uber-Indian networking organization started in the Valley— Sama is the first entrepreneur I’ve met in India who gives it this much credit for his company’s survival.

Specifically, he cites Anandaram’s advice. When RedBus was trying to sell software to the bus lines, it was Anandaram who said: Don’t keep trying to sell the same thing, ask what they need and build that. The bus lines needed to sell seats. So RedBus built a site, and bought the inventory itself from the bus lines to list on the site. Once it proved it could move seats, the operators were happy to pay the company a percentage of seats sold.

Once the company could prove results, it was Anandaram who warned them to undersell expectations: Tell an operator you can sell one seat for them a month, even if you think you can sell fifty. If you sell two, you’ll be a hero, not a disappointment. RedBus has carried that over to fundraising, admittedly forgoing higher valuations because it didn’t want to oversell and under-deliver.

That’s harder than it sounds for an entrepreneur, who is usually the single most bullish person on his company. And it is absolutely shocking in India’s startup culture. I had a blog network tell me on my last morning in India – with a straight face – that it would be doing double the revenues of Gawker in a few years. I like to give entrepreneurs the benefit of the doubt, but I also know the media business. Forgive the generalization, but Indians just love to over-sell. It’s deep in their trader heritage. “You have to sacrifice your ego,” Sama says.

But, especially for a startup in India, the most important piece of advice Sama and his co-founders got from Anandaram might have been this: You are not an Internet company.Because the Internet isn’t more widespread in India, there has to be a core mindset that the Net is an important channel, but just a channel. Just under 50% of RedBus’s business comes from the Net, much of the rest is via mobile phones.

And the company invested early in two expensive ways of skirting that Web limitation. The first was building its own network of bike couriers to deliver tickets and take payments, ala the hugely successful Chinese online travel company, CTrip. The second was investing in seven different call centers throughout India, not one central call center. Says Sama, if you don’t localize a call center to local slang, languages, and customs the customer service won’t work.

Seriously? An Indian in Bangalore arguing a centralized, remote call center can’t give good customer service? That has about as much globalization-irony as China’s BYD refusing to outsource any of its manufacturing.

For Anandaram’s part he noted the founders’ willingness to listen and learn from someone who’d been there. He says the biggest mistakes he sees Indian startups making are not seeking advice, being too obsessed with retaining control and not valuing sales, marketing and partnerships.

The RedBus story squares with something I’ve been noticing more in my travels to emerging markets—frequently when entrepreneurs complain about a lack of angel investing or venture capital, what they are really lacking isn’t just the money, it’s the mentorship. This came up inmy recent conversation with Pierre Omidyar, whose philanthropic effort, the Omidyar Network, seeks to fund both non-profit and for profit entrepreneurs specifically those in the poorest areas of the world. Omidyar Networks has money it can gives these entrepreneurs, thanks to eBay and the dot com boom—lots of money. But what the organization is increasingly finding so lacking is that horrible buzz word “human capital.”

In Omidyar’s own experience, eBay never touched the $3 million it raised from Benchmark in 1996. But the mentorship he got was well worth giving up 25% of the company. “That’s what is so hard to find around the world,” Omidyar says. “We’re increasingly looking at whether $500,000 worth of human capital could help more than $500,000.”

I know that the idea the VCs bring more than money is ridiculed by most entrepreneurs today, but those are usually entrepreneurs operating in a scene that has had an explosion of startups—both failed and successful ones—in the last fifteen years. Even the shiest, most awkward or most unconnected entrepreneurs in the Valley can find a mentor with little effort. Sometimes we take for granted that that’s not the case in much of the rest of the world.

Lucky for RedBus’s founders, they were an exception.